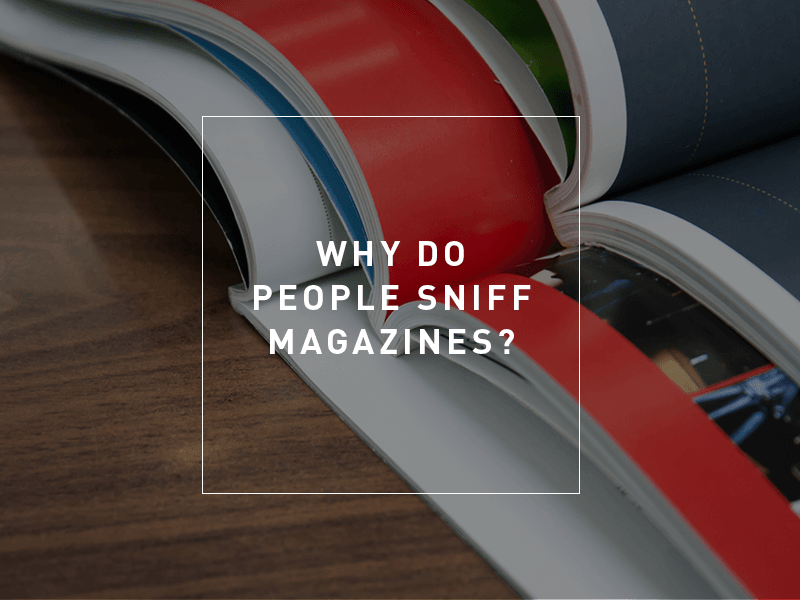 Ahhh. That Hot Off The Press Smell.

A whiff of the nearest magazine smells like a bunch of chemicals I can’t identify and leaves my nasal cavity stinging. Yet I enjoyed it.

But why do people sniff magazines?

Although markers are arguably far more offensive to one’s nostrils, the question is the same – Why are we so obsessed with (acrid) smells?

Manmade chemicals then, like permanent markers and modern printer inks, are a way for us to relive our idealised pasts.

When we smell something, we’re not only experiencing the immediate odour itself but are also calling upon past experiences and emotions associated with this odour.

It’s often said that the sense of smell is most linked with memory – and rightly so. Your olfactory (smell) receptors are intrinsically linked to the limbic system, which comprises the networks that dictate memory and emotion.

It’s easy to then connect every new reading experience with a fond memory from your childhood (opening up a new copy of The Deathly Hallows comes to mind). Back then, you were excited for the adventure that was to come. So now, the scent of fresh ink perhaps triggers the same childlike excitement within you.

Our sense of smell is also inseparable from our emotions. As if costume changes and sanguine pop lyrics weren’t enough, Katy Perry in the past has also used scents to transport her audience into a cotton candy wonderland.

Similarly, when you inhale the fresh ink in your new magazine or book, you are engaging with and immersing yourself within the narrative.

The Smell & Taste Treatment and Research Foundation (yes, it’s a real thing) conducted a study in 1992 to understand nostalgia in terms of scents.

Researchers found that those born before the 1930s “cited smells of nature including pine, hay, horses, sea air and meadows, whereas those born in 1930 to 1979 were reminded of their childhood by smells such as plastic, scented markers, vapour, sweet tarts, and play dough.”

Manmade chemicals then, like permanent markers and modern printer inks, are a way for us to relive our idealised pasts.

Conversely, perhaps another explanation could be that the “hot off the press” smell denotes the magazine or book’s “newness”, thus coding it as an inviting thing to be explored.

Considering that some car air freshener fragrances include  “Margarita” and “Pure Steel”, perhaps it’s time to contact an air freshener company and pitch to them the “new magazine smell”.